The WAVELOAD module computes the wave loading intensities due to wave and/or current effects along the submerged portion of the structural members and appurtenances below the wave surface profile, relative to the local X, Y, Z and global X, Y, Z axes. The wave loadings are summed at the joints for each member using simple beam theory from which the total structure base shear and overturning moments are calculated.

The wave can be stepped through the structure in any specified direction over a range subdivided into equal internals using either phase angles or length units. The interval is specified by giving the start and finish positions of the wave crest relative to the structure mudline axis and a step interval.

The wave force co-efficients, drag and added mass, can be specified independently for each member or using member range. The coefficients are relative to the member local co-ordinate system.

Marine growth and current velocity profiles are specified relative to the mean water level and are described as a discrete set of data points. The magnitude of the current at other elevations is determined by direct interpolation or extrapolation of the data. Alternatively, current flow continuity can be selected. The marine growth is only applied to the members within the profile range that is specified.

The wave loading intensity along the members is assumed to be linear varying over a segment length. The accuracy is controlled by user by specifying the appropriate number of segments along the members or by using the auto-segmentation option.

The program generates a STAAD.Pro loading data comprising of equivalent simple beam joint loads for buoyancy; wave loading intensities on structural members, and joint loads for wave loading on appurtenances. The structures deadweight can be generated by STAAD.Pro. Other output files include the structure base force summaries. There is an option in the program to neglect the overturning moments at the base that are caused by the vertical forces. This allows the vertical wave force effects to be quantified. 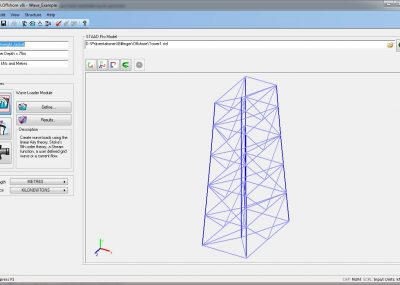 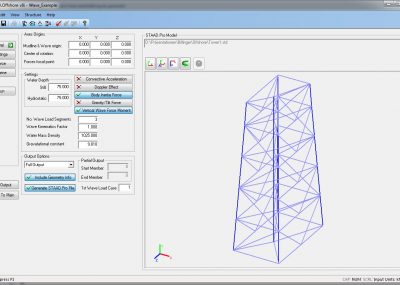 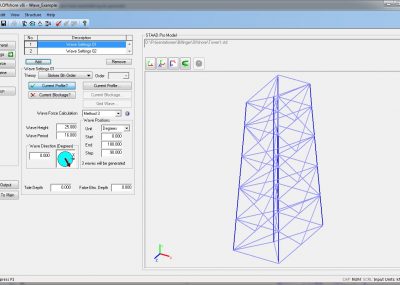 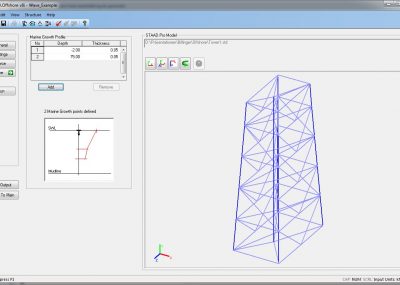 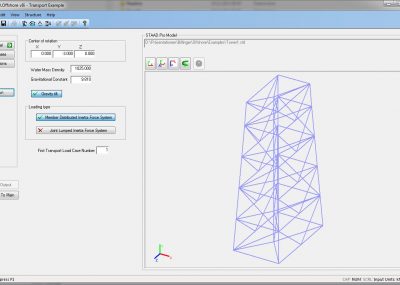 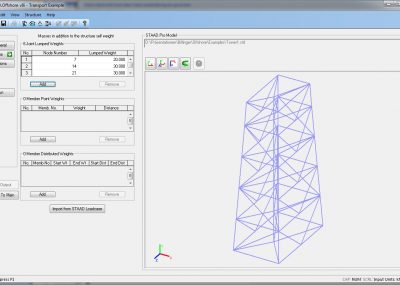 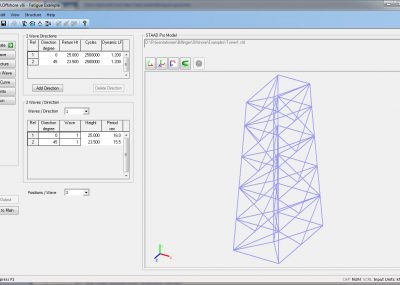 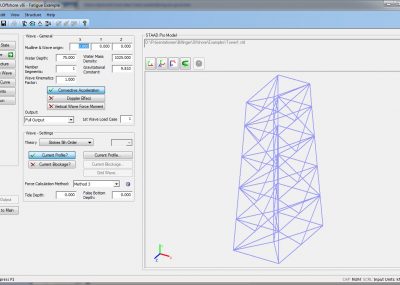 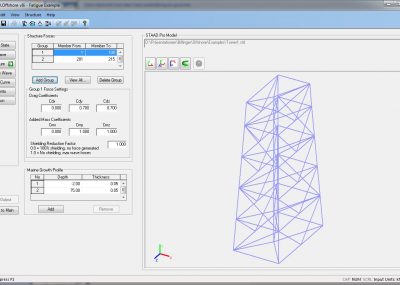